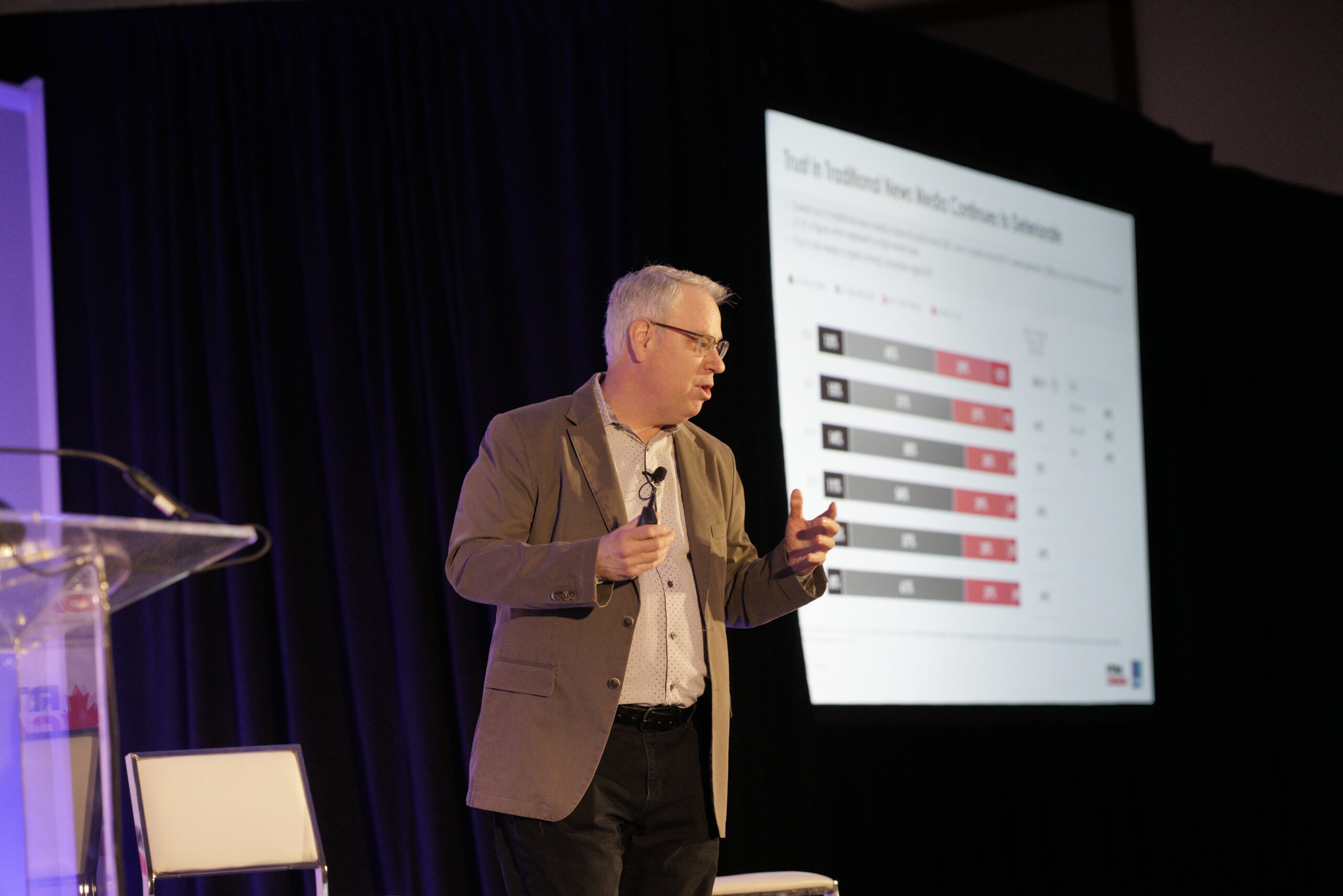 An Ipsos poll, conducted on behalf of the Radio Television Digital News Association (RTDNA) for their annual conference this past week, showed that overall trust in traditional news media is down 14 points since pre-pandemic levels and 8 points since 2021.

According to the findings – trust is down across all media sources. The most substantial year-over-year declines were for newspapers’ websites and online-only news publications. On the flip side local news outlets came out on top, as the most trustworthy news source.

The poll also found that issues matter, and the stories that are covered can impact trust. For example, the Federal election and the coverage of the truckers protest had a small negative impact. But top of mind issues such as inflation, the war in Ukraine, and the discovery of mass graves at residential schools, increased trust in the mainstream news media.

While local news ranks high in the trustworthiness category, and has gained importance among respondents during the pandemic, only 28% are more willing to pay for local news coverage than they were, prior to the pandemic.

“The big question on trust when Canadians come looking, do they find what they want presented in the way they want it. And the answer to that is too often for too many Canadians these days is no, “said Bricker.

To read the full results, click here: Journalism by the Numbers.

Ipsos has partnered with RTDNA Canada since 2017, surveying Canadians on their opinions on how they feel about the news media in this country.

These are findings of an Ipsos poll conducted on behalf of the RTDNA.